Creativity begins with a desire to have the skills to make an idea into a reality. If you love jewelry and have always wanted to try your hand at making a jewel of your own, this class will introduce you to the fundamental metalsmithing skills you will need to let your creativity flow! This weekly course will cover everything you need to get started. Learn about the tools, solidify your ideas through models and drawings, and get your hands dirty with basic techniques. Students will learn to saw and pierce, file, make cold connections such as rivets, basic soldering, and finishing. Basic stone setting will also be introduced.

Materials will include copper, brass and sterling silver. We will focus on making samples as well as finished pieces such as pendants and rings. No experience is required for this beginner course, and students with some experience are also welcome to attend if they need help finishing pieces or reviewing and practicing basic techniques. 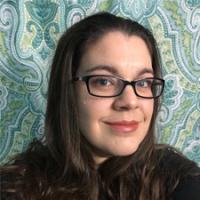 Cristina Hurley was born and raised in San Juan, Puerto Rico. She was strongly influenced by art and culture beginning at an early age by her parents, who were classical musicians. She was first introduced to metalsmithing when she attended a class in her senior year of high school. The instructor took Cristina on as an apprentice, which she did for 2 years. Cristina also attended Escuela de Artes Plasticas de San Juan during her apprenticeship, a visual arts university located in the heart of the old city in Puerto Rico. She successfully completed her freshman year there. When her mentor saw a strong natural talent, she suggested Cristina try to attend Rhode Island School of Design in Providence, RI. Cristina took the suggestion to apply, got accepted and made the big leap to move to New England in 1993. She graduated from the Jewelry Department there in 1996. After graduation she moved to New York and worked for a prestigious goldsmithing company, Reinstein/Ross, for six years, where she refined her technical skills making one of a kind pieces in high karat gold, platinum, and precious stones.

Cristina Moved to Massachusetts in 2002 with her family. She worked for various Jewelry companies and then had her own retail store in her hometown from 2010 to 2015. She currently works from her home studio designing and fabricating her own collection of sterling silver jewelry. She also works indepentantly for other various jewelry designers, assisting them in making one of a kind pieces and hand fabricated collections.

Cristina has been making jewelry for 25 years and continues to explore and refine her technique. She currently sells her collection of jewelry online and in stores around New England.

There is a $70 materials fee for this class that is payable upon registration. The materials kit includes copper and brass sheet, copper wire, sterling silver sheet and wire, cabochon and CZ stones, and other various tools needed to complete projects.